Another tranche of the pertinent observations, daily vicissitudes and culinary intake of Bloomsbury-based bon viveur, amateur sage and bouffant beardie Brandon Cummerbund. (This time in order of appearance) 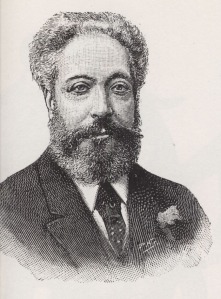 Cook has crocheted an omelette. I say crocheted as there is clearly a yarn-like substance involved. I say omelette advisedly. Forensics!

Tweezers located – Botley had used them for cleaning galoshes. Put on half rations and extra hoeing duties. Mongoose rewarded with lemon

House a hive of activity – full of bees. No idea how they got in. Botley claims he was giving them directions and they refused to leave. Pah

Early Brandon tweets will shortly be available in a droll new format you can print out for your own amusement. Shall advise further shortly

@artistsmakers Gad is old Ullswater still knocking around? Made best banana syllabub this side of Hilary Stretchtwinkle. Give him regards

Appears boot boy was trying to add to his shoelace collection. Battersby confident we can get him off on a technicality. Crowd were barefoot

BC Classifieds: Tannadyce Celeriacs, specialist Scottish grocers, renowned for tatties and turnips. 10% off with the right tartan. Your risk

Mrs C complaint: too much testosterone in house. Cook instructed to use mayonnaise instead. Not sure it will work as a deodorant. Baffling

@artistsmakers Wcster sauce, raw egg, juice of lemon, dash of Tabasco. Whatever you do, don’t drink the blighter. Mixing it should be enough

Tendentious Plug dropped in to borrow some Vietnamese Beaver Cheese. We’d run out. Valet made gazebo out of Sunday papers. Odd talent.

Cravat of the day: Paisley. Cheese of the Day: Emmental. Darts throw of day: treble 13. Lunch: Quotidian of flan, Belgian style. Needs must

Botley battening down hatches due to gale. Actually, hadn’t realised we had any hatches. Valet on roof, securing weather vane. Last I looked

Preparing for church en masse. Not Catholic, mind. Mongoose insisting on coming. Could be interesting after last year. Botley muzzled too.

Madcap inventor Isoceles Trolleybus popping round for tea with new invention. Quite excited but radiation suits issued to all staff. H&S eh?

Bongo Twitchbasket has popped round with a bottle of Moet. So we’re all partaking of the fizz. Cheers!

Sound of sizzling bacon and mushrooms a true joy. Not currently experienced however so off to rouse cook with loudhailer and dinner gong

Valet has started humming. Sounds like bee in a blanket. Have installed small electric shock delivery system in trouser press to curtail it.

Spiffy swears he’ll abstain. Can’t think why, it’s not Lent. Doesn’t the blighter know chaps died so he could vote for the wrong fella? Pah

Should have acted on plan to take whole household to Riviera in an airship, impervious to ash. Cook’s curry might have downed it, mind

Taken straw poll of staff: 1 voting for Botley (Botley), 3 unaware election is on, 1 underage (bootboy), cook will vote for 1 with best hair

Holy mackerel! Cook has gone the whole hog and reinvented herself as a woman. Bootboy needed smelling salts. Restraining order on Botley